Waiting for the Big "O"

(An Excerpt from Waiting in the Wrong Line - available at Amazon.com - links follow article.)
The car is pulled to the side of a narrow dirt road almost hidden by overgrown foliage. A beautiful white sandy beach can be seen from the car through a small clearing, and waves are relentlessly eroding the shoreline. We are on the island of St. Martin in the West Indies. We are on our honeymoon.

And we’ve been fighting all week.

We have battled in restaurants.

We have bickered on the beach.

We have brawled in the waves.

Strangers hear us coming and going.

Right now we are sitting in a rented car on the side of a dirt road almost hidden by overgrown foliage, and we have drawn a bright red boundary line down the middle of the front seat.

Unfortunately, to make the week just perfect, our rental car is the lemon of all rental cars. The air conditioning doesn’t work. The radio is not attached. There is gum stuck on the driver’s side of the windshield and a spring is coming out of the passenger seat, right under my behind.

When we point this out to the rental agent, he says, with a thick accent, “Hey, Maan, it be all we got.”

Orange juice with breakfast? “Papaya today. Hey, Maan, it be all we got.”

Hot water in the shower? “Cold showers. Hey, Maan, it be all we got.”

This has not been a good week.

“What am I going to do without Tums?” my husband frets.

I stare at him, wheezing, desperately trying to fill my lungs with air, hoping I can find an island pharmacist who will make a long distance call to my pulmonary specialist. I say, without a hint of nastiness, “Maybe you should lay off the spicy food this week.”

To which my husband agonizes, “I won’t make it without Tums!”

To which I reply in oxygen-poor gasps, tugging at my bathing suit that I had to buy from the store in the lobby, even though it is too small, “I guess you’ll have to live with heartburn, honey.”

It’s been a tough week.


My husband gets up this morning and says, “Let’s fix this vacation now.”

I nod my head, somewhat skeptically, but I agree. We need a quick fix for this honeymoon in hell.

My husband goes to the lobby to talk to the concierge. He comes back an hour later and he’s bubbling. He’s found a perfect place for us to go. He’s waving a hand drawn map. He says it’s going to be great.

Nothing on this island could possibly bring this level of excitement.

Then he starts, “The concierge says it’s called Orient Beach. It’s on the other side of the island. It will take about an hour to get there. It’s a nude beach.” My husband’s rambling now. “All the movie stars go there. Very private.” he continues.

“Well, we got to talking about surfing, and then he told me,” he answers. “And he said there were great waves.”

I should have read the scribbling in the sand dune.

“Great waves,” the concierge says to the boy who spent the summer of his freshman year in high school painting his mother’s house to earn money to buy his first long board.

“Great waves,” he says to the teen who hid surfing magazines under the mattress, to look at the waves, not the girls in the string bikinis.

“Great waves,” he says to the college student who memorizedEndless Summer.

“Great waves,” he says to the young adult who watched surfing specials on television instead of the Super Bowl.

“Great waves,” he says to the homeowner who wanted to decorate our living room around a poster called Sunset at Doheny.

“Great waves,” he says to the man I married who I have never seen on a surfboard.

My husband tells me “nude beach” and “movie stars,” expecting me to react with, “Wow, what a wonderful, fabulous, original idea you have,” and all he gets is a nasty look from me.

Being the wonderful sport that I am, and wanting to try to salvage this semi-miserable honeymoon in paradise, I decide to go along with it. We grab towels and sun block. My husband hands me the map, and we’re on our way to a beautiful nude beach where movie stars hang out, which just by coincidence has great waves.

We drive for an hour. The island is very green, very lush, and extremely humid. It is early when we leave. For miles we drive never seeing another vehicle. We pass many other beaches. The sand is white. The water rushing to the shore comes in long, lingering pushes against the sand. I imagine myself lying in the sand at the water’s edge. There are no people on these beaches.

We are, for the first time this week, chatting peacefully. We are even laughing. My husband doesn’t have heartburn and I am not wheezing. With some distance between the hotel room and us, this vacation is starting to look more memorable. I’m starting to think that maybe, for once, my husband has had a good idea that won’t turn into the Nightmare in the Caribbean.

The sign is large. It is brightly colored. Orient Beach.

Our day is about to be an adventure in paradise. “I got you here,” I announce, crumbling the hand written map and throwing it in the back seat.

My husband looks around. He looks at the sign. “This isn’t Orient Beach,” he says.

“Nope,” he says. “This is Rient Beach. We want Orient Beach.”

“It is Orient Beach,” I continue, not having a clue what he is trying to say.

I get out of the car.

“Get back in the car! This isn’t Orient Beach,” he says. He leans over the back of the seat and retrieves the map I just crumbled. “Why did you crumble this?” he mumbles. “I’ll get us there.”

As if my arm is a giant, thick, bold, black magic marker I am dramatizing the big “O” with my arm. I am drawing a giant “O” in the air. “See O … rient. ORIENT. See it? Don’t you see the “O”? Come on, think outside the box.” I am standing there drawing this giant “O” over and overagain in the air for my husband’s benefit.

I go up to the billboard. I point to the “O” and draw a giant circle one more time.

I go back to the car. I am standing next to his window. “Think of a giant ‘O.’ Now put the word ‘range’ in it. What have you got?”

I try again. “Imagine the word ‘liver’ with a giant ‘O’ around it?”

I get louder, not liking the bossy tone he’s delivering. “Oliver. Think: ‘O’ plus ‘liver’ is Oliver!”

I push myself up on the hood, blocking the driver’s view. I am visibly enraged. With my finger, I write on the filthy windshield, “vulate.” Then I add the giant “O.” I am screaming. “Think. ‘O’ plus ‘vulate’ is ovulate.”

He has stopped talking.

“‘rgasm.’ ‘O’ plus ‘rgasm.’ Think!” I am writing “orgasm” across the windshield.
Screaming, “verload,” I yell and write. “‘O’ plus ‘verload,’ ‘OVERLOAD’.” I am now screaming over the engine. If anyone is hiding in the bushes, they’ve all jumped into the sea in fear of the mad woman on top of the hood of the car giving a spelling lesson to a baboon who can drive.

I get down from the hood. I open the car door get in, glaring at him, “You are such an AF!” I say.

“You mean ASS?” he says, trying to correct me.

I turn my body away from him and stare out the window, trying to get a view of the great waves before we leave Rient Beach.

And then he shuts off the ignition.

“Oaf,” he says. “I am an oaf.” He meekly smiles, staring through the windshield with the words “orgasm” and “ovulate” and “overload” written in the filth.

I don’t say anything. We both silently get out of the car, grabbing our share of gear from the trunk and head toward the beach, and I swear, as we pass the “Orient Beach” sign, my husband says, “Ya know, that’s a really cool logo.”

©2002, Felice Prager. All Rights Reserved. This blog is copyright protected. No item on this blog, including this essay or any photographs, may be used without the author's express written permission.
The Contents of this blog – including all photographs – are COPYRIGHT PROTECTED and may NOT be used, distributed, shared, emailed, or copied in any form without the written consent of the author/photographer.

Originally Published In Traveler’s Tales – Whose Panties Are These?
Also Published at CommonTies.com and Sasee Magazine.


To purchase WAITING IN THE WRONG LINE, follow the links at http://www.feliceprager.com
Posted by Felice Prager at 10:45 AM 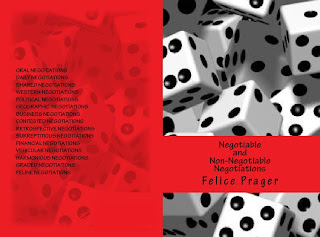 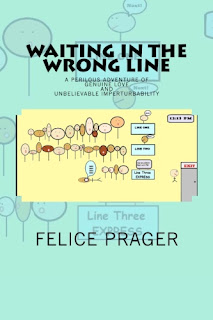 
A PERILOUS ADVENTURE OF GENUINE LOVE AND 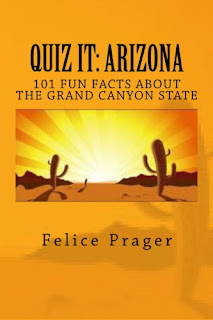 QUIZ IT: ARIZONA
101 Fun Facts About The Grand Canyon State 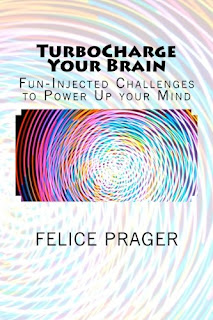 TurboCharge Your Brain
Fun-Injected Challenges To Power Up Your Mind 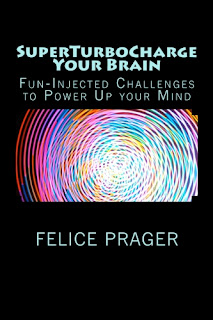 
Fun-Injected Challenges  To Power Up Your Mind


Information about purchasing books by Felice Prager can be obtained at the following websites:

Posted by Felice Prager at 2:02 PM